Previous Next
Repeat Customers Come Back for Service 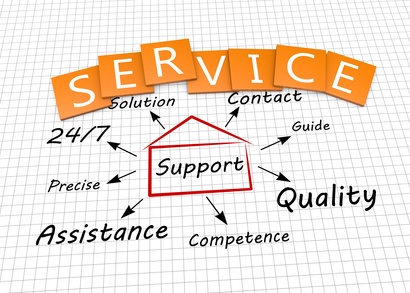 Implementing sound customer service practices not only ‘wow’ your customers, but keep them coming back and referring you to others.

In today’s world, quality must be an assumption; thus, the key is to stand out in the crowd with service.

A recent example pops to mind. I was driving on the 57 south (freeway in Los Angeles) in the fast lane on my way to a client to lead a Kaizen workshop, and my car broke down. For those of you who don’t know, I love my car – a maroon Chrysler Sebring convertible. I have 235,000 miles on it and am going for 300,000. It has a year-old refurbished engine, and I have planned to use it as long as possible as I am just not too excited about any of the cars available for purchase today. In L.A., you spend a LOT of time in the car so you better love it.

The good news is that I was in stop-and-go traffic – who knew there would be an advantage to stop-and-go traffic! While talking on my blue tooth, I stopped for the car ahead of me, and just so happened to look down and thought, “I think my car isn’t on.” I tried to re-start the car – many times to no avail. I got off the phone and put my emergency flashers on. People started going around me in the shoulder next to the fast lane. Of course, it just so happens to be the day I forgot my license and credit cards on my desk at home but I had my AAA card. I called and they were very reassuring as they put an ‘expedite’ on the service since I was stuck in the fast lane. They also said they’d call the highway patrol and offered to stay on the phone with me until one of them got there. I didn’t take him up on it but I could see the value of that if I was panicked. I know something like that would be really beneficial for my Mom as she doesn’t even like to drive in the first place, let alone get stuck in a dangerous spot.

Next I called George, the owner of the Shell station who I’ve known and used since 1995. I knew he probably wouldn’t be in yet; however, the mechanics who work for him would probably be there. One of them answered. He was alarmed and started asking questions to make sure a tow truck was on its way, etc. One other time, I borrowed my friend’s car, and it broke down on the freeway (you know how luck goes sometimes), and they sent someone ASAP to get me. He said they would jump on it as soon as I got there, and they’d see what cars they have available for me to drive.

Unfortunately, the stop-and-go traffic started to speed up. A few more minutes went by, and a car who just passed by stopped and pulled off to the side. He backed up directly INTO all the people going around me on the shoulder and didn’t stop until he was parallel with my car. He got out of the car and came over to talk with me. He asked me to put my car in neutral and said he’d push me to the side which is what he did. I thanked him, and he took off. A good Samaritan!

A few minutes later, the tow truck arrived – quicker than the CHP which proves that AAA takes stranded people seriously. He took me and my car to my mechanic. Of course, the mechanic who answered the phone got in and turned the ignition, and it started. What?!?! Of course they still had to keep it to figure out what the issue was.

He was quite concerned because George always lends me a car (and many times, his personal car) but they had just sold all their cars, and George was in an all-day meeting. They would arrange for a good rate with Enterprise and take me there; however, I knew that would take a while, and I was going to be late for my meeting. Thus, they offered to take me to the house because I thought I could borrow my good friend’s car which was at the train station.

George called while we were on the way to the house. He said he would make sure I had a loaner in the next day or two and would look into the car. When we got there, I looked around and couldn’t find the keys, and so I called Ryan (my friend’s son) to ask him where they were. He was at work but I caught him on a break, and so he answered. He said, “Yes, they are in my car.” Great spot for them :-); however, I was just happy he knew where they were. So, the mechanic drove me to Ryan’s work so that I could get the keys, and then he drove me to the train station to retrieve the car. I took off and managed to be less than an hour late to the Kaizen, thanks to the exceptional service of my mechanic.

Who do you think I’ll call next time I am stuck? AAA and George, of course! They made a trying situation relatively easy and non-stressful. How are you treating your customers? Are you merely friendly or do you go the extra mile to make sure their needs are met and they’ll become a customer for life? I find this is true in manufacturing and distribution just as much as it is true in our personal lives. Take a step back and take stock as to whether you are going the extra mile for your customers. It doesn’t have to cost money; you just need to pay attention to what would add value. In my car situation, offering to stay on the phone (AAA) and a little gas and time (to drive me around) cost barely anything; however, it made a HUGE difference to my experience.

One of the reasons I got the Premier membership with AAA was so that if I had an issue, I could tow my car 200 miles if need be to George’s station. I know many of their customers feel the same as they are busy with cars everywhere on their lot when the competition is available and waiting for customers. Are your customers willing to wait or pay more for your value-add?

P.S. I still do not know what is wrong with my car; however, they were able to repeat the problem. They’ve taken it to the engine folks they coordinated with for my new engine so we’ll see…