On the 10 year anniversary of my business, I recognized 10 people for 10 years as LMA Advocates – people who have gone over and beyond, resulting in LMA Consulting’s growth and success.  I truly appreciate their support, expertise, ideas and feedback.  I would not be here today without them – and certainly not leading a growing and leading edge consulting practice that partners with manufacturers and supply chain organizations to create BOLD customer promises and profits.  Who doesn’t want to find the win-win-win of customer growth/ loyalty, profits and accelerated cash flow?!

Ever since my 10-year bash, I’ve recognized one person each year on the anniversary of LMA Consulting.  Thus, on my 12-year anniversary, I’m thrilled to announce Parizad Sethna, VP of Member Services for APICS-IE and Supply Chain Manager at Nestle. 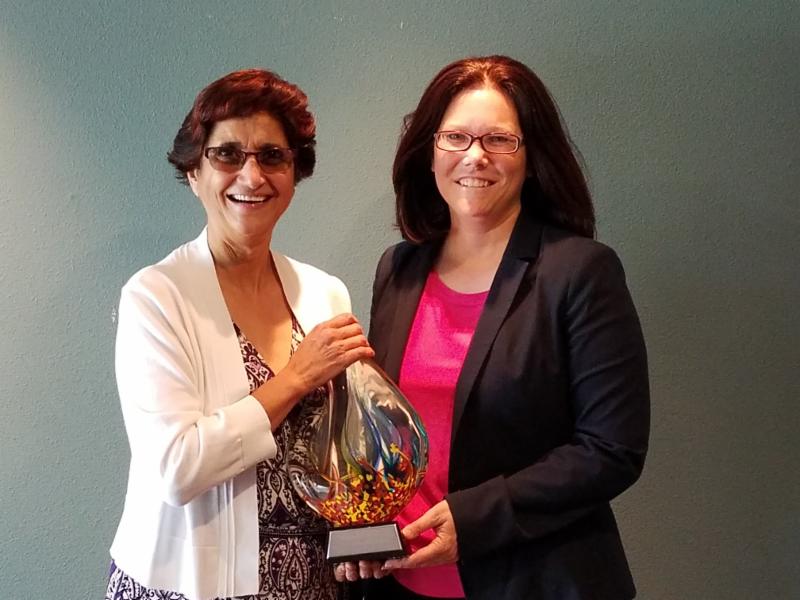 Parizad and I collaborate on the APICS-IE Board of Directors, and she has been instrumental in our communications, executive panel and networking symposiums and raising the bar in terms of the value we provide members. She also stands out from the crowd with her creativity, innovation and determination in taking on new areas of responsibility that might be considered outside of her core area of expertise, which I have found particularly valuable with both APICS and LMA Consulting.

One tip to implement this week:

There isn’t a bad time to take stock of whether you are recognizing people enough!  Start with those that report to you.  Who stands out from the crowd?  Make sure your feedback and recognition is specific.  Although I went big with a nice award, a simple thank you can go a long way.  Of course, you can do both. Don’t recognize too many people as it might deter from the significance.  However, you could add another category.  For example, I am thinking about adding a category for a high performance manufacturer or distributor.  You’ll likely see this coming soon….

Don’t stop with your direct reports!  I think an often overlooked opportunity is to recognize your peers and managers.  There are many ways to recognize them by putting in a good word, by sending an email, writing them a recommendation on Linked In, taking them to lunch etc.  Start your juices thinking about recognition.