Previous Next
Take A Bit of Risk

I’m on a whirlwind trip with my brothers and nephew – 5 days, 3 states, 4 cities and lots of miles. One of the stops was Las Vegas so that Dylan could ride the Stratosphere roller coaster (and Brian could eat White Castle hamburgers……although I am not sure if he knew they were in Vegas before he saw the sign on the LOOOOONNNNNGGGG walk to the Stratosphere). Somehow riding even the calmest of roller coasters (which of course doesn’t exist) seems much different when you are 1000 ft + up in the air. The X Scream goes down so you seem like you are going to drop from 1000 ft up. See their picture below. 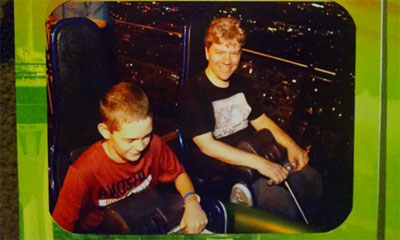 Once Dylan was on top of the Stratosphere, I think he wanted to change his mind; however, he stuck it out and survived. Greg said it was terrifying to be looking down 1000 feet from the roller coaster.

I’ve worked with people who are unwilling to assume the slightest bit of risk. They worry about what will happen if their manager doesn’t agree or if they are called out for taking the initiative. Innovation will not occur without some degree of risk. Actually, I don’t think any business can be successful long term without risk – do you? The key is choosing the smart amount of risk.

Barring bedrock topics such as violating safety protocols, talk it over with your manager and take the shot. The worst that could happen is failure. As my consulting mentor says, if you haven’t failed, you aren’t trying hard enough (in essence you are not taking risk/ pushing the envelope). If you fail, adjust and try again. Give a common sense, smart risk a go! You’ll be amazed by what you can accomplish.