Global Report: Supply Chain Management: The Haves and The Have-Nots… and Not Everyone Will Survive - LMA Consulting Group, Inc. - Lisa Anderson

Previous Next
Global Report: Supply Chain Management: The Haves and The Have-Nots… and Not Everyone Will Survive 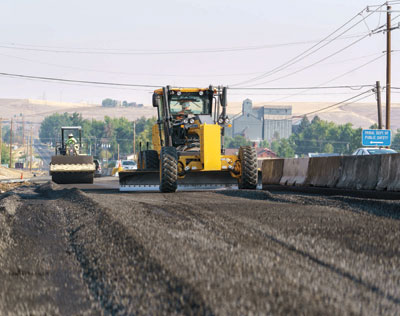 Supply chain complications are more than just an inconvenience to the construction equipment manufacturing industry. Successfully navigating the supply chain has never been more essential to the financial health of our industry and the difficulties involved are creating a world of “haves and have-nots”. Will your business survive? Pete Kennedy reports.

America is facing a supply chain in crisis. “The strong will continue to get stronger and take market share because they will have product when the competition doesn’t … and the weak will continue to get weaker,” says Lisa Anderson, president of California-based LMA Consulting Group. “There will be no middle ground.”

And part of the problem has been its past successes. The supply chain had become so efficient that it had no wiggle room when trouble hit, said Jake Dean, director of the Grainger Center for Supply Chain Management at the University of Wisconsin-Madison in the U.S.

“If you consider the global supply chain – all the trucks, factories and distribution centres – there isn’t a huge amount of excess built into that system,” Dean said. There was no reason for excess capacity. “Until 2020, demand was easy to predict,” he said.

When the coronavirus struck in March 2020, demand for consumer goods went way up – as the demand for services plummeted. “As demand shifted for goods, we put more in the giant supply chain network than it was able to handle,” Dean said. “Some stuff makes it into the pipeline, some doesn’t. It clogged things up.”

The components and materials that did make their way into the supply chain were random, which led to manufacturing production problems. Finished goods were harder to come by, sometimes because of a single missing part. “A product that is 97 per cent finished isn’t finished,” Dean said.

Chris Perkins, managing director at Ammann America, said governmental efforts to improve economies didn’t help supply chain difficulties. “Covid disrupted all the supply chains, and then governments that put in money to boost the economy created a peak in demand,” he said. “The whole system is fractured, and then you put all this weight on it.”

The Impact on Manufacturers

Quarterly financial reports from large, publicly held construction equipment manufacturers focus a great deal on supply chain issues – an indication of the seriousness of the matter. The topic also dominates question-and-answer sessions with leaders of these companies.

One stock analyst recently asked Terex Corp. leaders, “Is it still a seven-day-a-week frenzy kind of dynamic, or has any of it normalised a bit?”

The response from the global manufacturer: “The supply chain environment is still incredibly dynamic … On any given day, we literally have hundreds of parts that are late or not where they need to be in our facilities around the world. … It’s disruptive every single day.”

Manufacturers have rethought supply chain priorities. There is now more talk about resiliency than cost. They will pay a bit more to ensure what they need is there when they need it.

“They want a supplier who, for example, makes a part in three regions of the world so there are options if something goes wrong in one location,” Dean said.

Adding capacity – more ships, trucks, trains and warehouses – improves resiliency. But that costs money, too. All parties are hesitant to add capacity that they need in the short term but will be redundant in the relatively near future.

The same rule applies to building factories to catch up with demand. “If global demand contracts, then you have built all these factories and you won’t be able to use that capacity,” Dean said. In addition, the necessary materials are often unavailable to feed the existing foundries and factories – let alone new facilities.

The general rule, according to Dean, is that companies are “pulling forward” future plans. If they planned to expand capacity in a few years, they might well do it now. “But we don’t have a lot of companies that are saying, ‘We didn’t plan to build a factory, but now we are.'”

Many believe the global economy has become too reliant on specific regions, particularly Asia. This has been highlighted by the impact of the pandemic, including the closing of many manufacturing facilities in China.

Dean sees a movement away from this reliance, though he believes it is somewhat separate from any pandemic-related issues.

“The supply chain became global over the last 30 years based on increased technology and declining barriers to trade, and an expansion in global demand (for products),” he said. “A winner for a lot of that was Asia. They were cheaper in terms of labour, and the supply chain was sophisticated. But some of those assumptions aren’t true anymore.”

Labour costs in Asia have increased, and nothing is as predictable as it was. This means businesses prefer to have some operations closer to home, be it local or even regional.

“Maybe it makes sense to build in China for Asia, and to build closer to home, too,” Dean said. For example, U.S. businesses might move some manufacturing from China to Mexico.

“The manufacturers don’t want everything in one particular location,” he said. “Then, if something goes wrong there, it impacts the rest of the world.”

Bernd Holz, executive vice president of Machines at Ammann, said sourcing changes will continue. “I believe that the OEMs in Europe will do more sourcing in Europe, and stop buying from India and China,” he said.

Ammann, a global manufacturer of roadbuilding equipment based in Switzerland, has started dual sourcing for many parts. In some cases, that is easier said than done.

“Sometimes the alternatives aren’t well accepted elsewhere,” Holz said. For example, end users often have opinions when it comes to engines. Simply swapping out one engine for another doesn’t always satisfy customers.

The sourcing changes are lasting and part of an overall transformation of the supply chain that includes companies “reshoring/ nearshoring, increasing control, re-evaluating their supply base as well as their strategic inventory and capacity reserves,” according to Anderson, with LMA Consulting Group.

In at least one instance, a manufacturer is finding new sources and also helping suppliers solve labour challenges. “Our supply management teams are working tirelessly on mitigation actions such as multisourcing, additional investments in supplier tooling, and even in some cases, helping our suppliers with supplemental John Deere labour,” chairman and CEO John C. May recently told Deere & Company investors.

Manufacturers continue to suffer from a shortage in semiconductors. “In a recent survey of equipment manufacturers, 80% cited an inability to access intermediate components, including semiconductors, as a major bottleneck to production,” said Alexander Russ, senior advisor of Global Public Policy for the Association of Equipment Manufacturers, a North-America-based trade group.

Semiconductor manufacturing is one industry where added capacity can be justified, said Dean, of the University of Wisconsin-Madison.

“Throughout the world, demand for products that require semiconductors is going nowhere but up, so it makes sense to add capacity there,” he said. The demand will only increase. There are now 1,500 to 2,000 semiconductors in the average automobile, Dean said. “As cars become more electric, they require more semiconductors.” And of course the same can be said about construction machinery and the increased use of electric drives.

Adding semiconductor capacity is easier said than done; there are no quick solutions. “It takes years to get those facilities started,” Dean said. Specialised machinery must be purchased, assembled and delivered. Ongoing natural resources are required as well. Yet the investments are sound given the future demand.

“Electric storage is another industry where added capacity makes sense,” Dean said. Ukraine provides much of the world’s neon, which is used to manufacture semiconductors. Plants in Odessa and Mariupol that produced about half of the global supply of neon have been shut down, reported The Financial Times, based in London. Reserves had been established to ensure ongoing chip production, but the longer the conflict, the more shortages could result, according to a report from cable business news channel CNBC.

The just-in-time days are over, or at least on a long pause. “Just-in-time, in the popular sense that you run so tight that you know with certainty you can get what you need – that’s done for now,” Dean said.

The new philosophy is just-in-case, where there are enough components and resources on hand to keep production moving.

Dean doesn’t see the change as tragic for manufacturers, particularly those with decent margins. “Wouldn’t you rather spend a bit on warehousing and other expansions than to not move profitable products?” he asked.

Manufacturers are seeing price spikes for some components. They are, of course, passed onto OEM customers.

“From a competitive standpoint, the good thing is all the other OEMs are sitting in the same boat,” Holz said. “Everyone has to increase prices.”

He does expect prices to steady – but not return to previous levels. “I believe in a year or two, the prices will stay where they are. Hopefully, some logistics costs will be reduced.”

Perkins, also of Ammann, said his transport costs per shipping container have doubled, and in some cases nearly tripled. “I’m hoping there is some correction in the transport costs, but I don’t believe they’ll go all the way back.”

Businesses with the most resources are paying premiums to get their materials, Dean said. Those costs are passed onto consumers – who are willing to pay more to get what they need.

“The inflationary period we are in is not a surprise given the environment we’re in,” he said.

Manufacturers say they are overcoming the challenges, though they are not seeing supply chain improvements – and don’t expect to for some time.

A John Deere spokesperson echoed the thoughts of most manufacturers when offering this statement: “While orders for our products remain high, we anticipate the supply chain challenges impacting our industry will continue through the remainder of 2022. We continue to work with our supply partners to solve issues as they arise. Through these collective efforts we are getting products into our customers’ hands as quickly as possible.”

John Deere’s CEO told investors: “Our guidance does reflect order restrictions where our supply base has constrained our ability to produce. In fact, fiscal year 2022 will be the second year in a row in which the industry demand has outstripped supply.”

Japanese manufacturer Komatsu told investors that the “external environment is undergoing intense change and uncertainty is rising.” The company’s leadership pointed to growing geopolitical risks, such as Ukraine; unstable supply chains; and the need to increase its ability to address contingencies such as infectious diseases and natural disasters.

Essentially, all manufacturers have developed backlogs. At Deere, orders for 2023 are adding up. Ammann is in a similar situation. “Customers realised there are long lead times, so they started ordering earlier,” Holz said.

Manufacturers referenced in this report don’t expect the problems to improve during 2022.

The way forward is for demand to “normalise to some extent,” which is starting to happen, Dean said. Yet a huge logjam still must move through the global supply chain. “It’s going to take a while for that to happen – all of this year and into next year,” Dean said.

That assumes there is not another pandemic or further global geopolitical events – not that the events being faced aren’t significant enough.

“We have entered a new time period of volatility and uncertainty, and so the only companies that will be successful will take control of their supply chain, instead of waiting for the global supply chain to realign,” Anderson said.

Those who take charge will emerge from the chaos stronger than ever. “There will be more opportunity in the next few years than there has ever been before, except for the time period following the Great Depression,” she said.