Previous Next
What Is Your Company Culture? 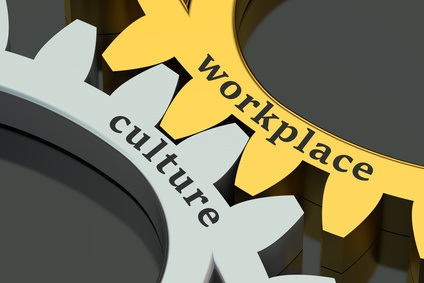 Being able to define your culture in your workplace is the starting point to being able to make positive changes to the beliefs that govern behavior.

There is quite a bit of talk on culture in organizations; however, if you were asked to define your culture, could you? I think this question would give many executives pause to think.

In today’s work environment, all potential employees will discover what your culture is like when evaluating whether to work at your company. Since information is readily available on social media and in the news, there is no doubt if someone wants to understand your culture, he/she will. What will he/she find out? Is it what you’d expect?

For example, I worked with a client who wanted to change from a culture focused on dollars to one focused on the customer. That was a tall order because dollars was ingrained in every person’s mindset. The planning group focused on orders of high dollar value. The production group would produce based on projected dollars shipped for the month. Of course, shipping would backorder customers based on getting the higher dollars out the door regardless of due date. Certainly, dollars were behind the beliefs held by all team members.

In order to successfully change to a customer-focused culture, the leader had to change these underlying beliefs. He started by revising the metrics. He no longer held people accountable for dollars. In fact, he didn’t provide dollars on any reports as they were not important; instead, he provided customer due dates. This really stressed out the masses for the first several weeks! However, by changing the focus to due dates, the culture started to shift.

This leader also held his ground with resistance — from employees, peers and with corporate. No one thought he’d be successful in the beginning since much of this culture was dictated by corporate; however, as he stuck to his guns and supported the culture with daily decisions, the culture soon started to turn. He also had to make an example out of people defying this new culture. One example went a long way as people took notice. The customer was #1.

In this case, the interesting result was that although we expected and experienced a slight decline in sales in the first month since we no longer were going to ship based on dollars as the #1 priority, we increased sales for the quarter. We were so concerned about the quarterly impact that we ran around in circles for years (which is NOT uncommon) when it had zero negative impact for the quarter.

Change the set of beliefs that govern behavior and you’ll change the culture!