Put Your Eagle Eye on What’s Key to Success-Leadership 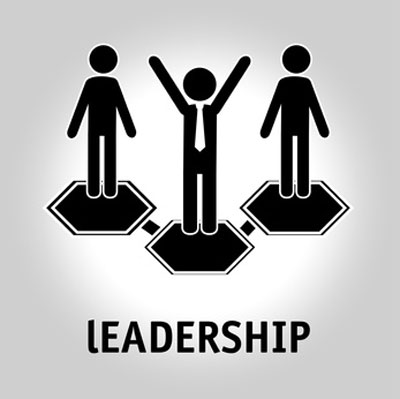 Effective and successful leaders have the ability to formulate a company vision and also translate that vision into execution.

Leadership will make or break your business. Put your eagle eye on ensuring success in this arena and you’ll thrive. The two core tasks of a leader are 1) to set strategy, and 2) to execute the strategy – not seemingly complex or daunting. However, the excellent leaders stand out in the crowd by translating these two core activities into results. How?

There are four keys to an effective leader who drives not only profitability and cash flow through these two core tasks but also engages employees, customers and suppliers: 1) Clear vision. 2) Effective communication of the vision. 3) A focus on results. 4) Performance management commitment.

#1) Clear vision: Throw out those vision statements which “look great and sound great” yet when the rubber meets the road; they are not tangible and meaningful. For example, does your vision statement say something about being “world class” with “superior customer service” and “quality”, etc.? 80% of the vision statements I see with my clients say something like that but what does it mean? Can the person in Accounting understand what it means? How about the shop floor? For that matter, how about the Executives?

Instead, the leaders who have a clear vision of where the company is headed and why it matters are those who deliver results. For example, I knew a CEO who talked non-stop about the vision. Although his one track mind could be a deterrent at times, there was no doubt as to the direction the company was headed – and he got there!

#2) Communicate the vision: Communicate, communicate, and communicate. It might seem redundant yet it is those who continue to articulate the vision in various ways and through different mediums until it becomes a part of the everyday culture and understood by not only employees but also customers, suppliers, bankers, investors, etc. are the ones who will succeed. Translate the vision so that it’s tangible.

For example, in one client project, although the Executive thought he made the vision clear, when discussed in more detail, clarity was lost. Unfortunately, he quickly lost credibility and was perceived as an empty suit – presenting fluffy, big picture ideas without substance supporting it.

Instead, those leaders who are successful need to have a good enough understanding of the details behind the vision to be able to effectively communicate the whys in a high enough level format to be clearly understood by multiple levels of management. Similarly, those leaders who have enough of a grasp of the details associated with the strategy for achieving the vision are able to carry on brainstorming type conversations, encourage debate on the optimal strategies/paths to achieving the vision, ask probing questions, envision potential roadblocks, etc. My most effective clients ask thought-provoking questions and then shut up and listen – much harder to do than it sounds.

Interestingly, the most respected communicators do not spend much time talking; they listen, ask insightful questions and provide support.

#3) A focus on results: It’s not what you say; it’s what you do! There are countless examples of people who are good talkers with fancy PowerPoint slides who rarely deliver results. The leaders who focus on fluff, level of activity or time units without regard to productivity and results will lose in the long run, whereas, those leaders who focus time, attention and resources on results will succeed.

In another example, an Executive told his management team “results are the priority” (and communicated some specific project priorities) and yet asked no questions about them. Instead, he tracked the time that his managers spent at the office. What his team heard was “time” is the priority – not productivity or results.

In another example, the CEO communicated with each conversation, decision and question that a new product launch was #1. He not only supported it when it was “easy” but he supported it when it was a downright challenge, thus providing hard evidence of the priority. For example, when the Board of Directors questioned the capability of the Operations leader when efficiencies declined due to the testing and rollout of the new product line, he went out on a limb to support her, as he knew it was a direct and expected result of the #1 priority. Thus, the new product launch was a success – delivered on time and on budget while reducing product cost and increasing product performance.

Performance management begins by translating the vision into what’s important for each employee – how do they add value? How does what they do matter to achieving the vision? Then, performance management becomes blocking and tackling – it must be just part of the everyday culture. Is each person aware of their top two or three priorities? Are they on the same page with their manager? Does the manager provide immediate and continual positive and constructive feedback? Does the manager encourage feedback and solicit ideas?

In my experience, 100% of the successful leaders make performance management a priority.

When I’ve been involved with a business with leaders with these qualities, amazingly, the business just seemed to “fall into place” – sales, profits, and cash flow increased. Yet, in the exact same industry with a similar situation, the opposite occurred – the only difference was leadership. Leadership can make or break your business.