Previous Next
Why Care About Systems Transactions? 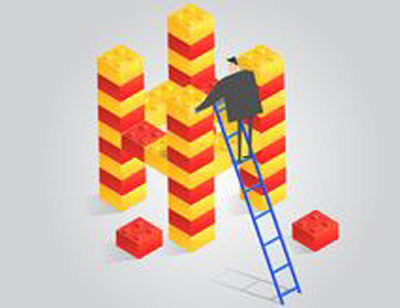 Systems transactions are often treated as an afterthought but are critical to building a stable foundation for your business.

As mundane as system transactions seem, I continually find that whether or not they are deemed a priority can make the difference between a successful operation or not. The bottom line is that my clients who make sure they design the optimal process, document the systems transaction steps and ensure the timely and accurate execution of transactions succeed.

If you think of it like building a house, system transactions are part of the foundation. If you have an unstable foundation, no matter how much money you put into your house, it will be unsteady. Unfortunately, I’ve seen this occur a few times. When growing up in Schaumburg, our house was built on an unstable foundation and began to sink. Thank goodness my Mom got the builder to help resolve the problem after much ado. The foundation had to be shored up to resolve the issue which was much harder/ costlier to resolve later than it would have been when building. On a lesser scale, the wood floor in my house had HUGE gaps a few months after moving back in (after it was rebuilt due to a fire). Several months later, it took taking the wood floor up and re-leveling the floor with cement and sanding it down to resolve.

Thus, make sure one of your key managers is responsible for transactions. They should not be an after thought. Instead, design or re-design transactions to optimally and most efficiently leverage the system to track appropriate data. I’ve worked with several clients to accomplish this task. In every case, inventory accuracy improved greatly. This contributed to improved customer service (as they could find what was needed to ship), reduced inventory levels and freed up cash (as they could count on what they had and so didn’t need to keep extra stock just in case), and improved efficiencies (as they could optimize their processes). Emphasize the importance of transaction timing and accuracy. Provide training and make sure priority is clear. For example, it is not enough to say transactions are a priority but de-prioritize if overtime is required to complete them.