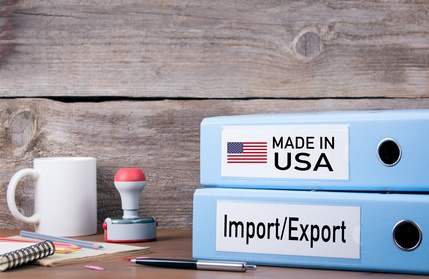 70% of manufacturing executives state near-sourcing will increase according to LMA Consulting Group Research.

Lisa Anderson MBA, CSCP, president of LMA Consulting Group, conducted a proprietary research study to better understand outsourcing, near-sourcing and insourcing trends for U. S. – based manufacturers. Pending further analysis, Anderson reports on a preliminary finding that shows that seventy percent of responding executives expect near-sourcing to increase within the next five years. Survey data was collected from August – October, 2016 and the U. S. presidential election may have an impact on this trend toward near-sourcing.

“I’ve seen that manufacturers were already considering insourcing to the U.S. and near-sourcing options to Mexico and other closely located countries because of the Amazon effect – the need for rapid response to customer needs. Thus, the industry was already moving in that direction prior to the U.S. presidential election. However, since tariffs are likely to increase and bad publicity could easily occur, the impact will probably steer some of those companies towards the U.S. instead of Mexico.

“In addition to the Amazon effect, I’ve witnessed a number of companies who poorly planned their outsourcing and off-shoring efforts,” shares Anderson. “They now have experience and data to make better decisions. Since the total cost of importing non-commodity products from Asia is equalizing with what can be achieved in the U.S. or Mexico, near-sourcing becomes a no-brainer when the customer and cash impacts are added to the cost equation. It is also far easier and more successful to communicate and manage when manufacturing is closer to the markets served.”

This is the third major research study conducted by LMA Consulting Group which included a Skills Gap Study and The Amazon Effect research project. With an uptick in manufacturing and continued concerns of the lack of skilled resources to fill new manufacturing jobs, Anderson is initiating a new Skills Gap Survey to assess the necessary skillsets for manufacturing positions. The data will be used to uncover new issues as well as compare and contrast results from 2013. Take the survey here.

To receive the final report or participate in an Anderson-led webinar on outsourcing, near-sourcing and insourcing, enroll here.

Lisa Anderson is a leading expert in selecting & implementing strategic priorities and ranked 16 most influential in supply chain by SAP. Anderson is Board approved in Supply Chain strategy by the Society for Advancement in Consulting, is an APICS Certified Supply Chain Professional (CSCP) and won the APICS Southwest District’s Milt Cook Award in 2011. Named a top 100 supply chain blogger on SupplyChainOpz, she has the unique ability to zero in on the critical strategic priorities and bridge the gap between strategy and execution to achieve dramatically improved service levels, accelerated cash flow and increased profits. With a keen focus on elevating business performance, Anderson is passionate about not only synthesizing strategic priorities that will deliver business results but also in designing an implementation approach that delivers rapid results.

Anderson, also known as The Manufacturing ConnectorSM, is currently working on a book entitled “The Amazon Effect” detailing a business roadmap to thriving in an ultra-competitive marketplace. A regular content contributor in topics including supply chain, ERP and SIOP, she has been interviewed for articles in publications like Industry Week, tED Magazine and the Wall Street Journal. She actively posts educational blogs three times weekly and has two newsletters, Profit through PeopleSM and “I’ve Been Thinking.”

Prior to founding LMA Consulting Group Inc., Anderson was the Vice President of Operations and Supply Chain of PaperPak, Inc. Her twelve-year tenure included transitions and promotions through the company transformation from a $100 million family-owned business, through a merger and acquisition of three businesses into one $350 million dollar global company, followed by a management leveraged buyout in combination with an investment banking group.

A sought-after writer and speaker, Anderson has spoken at the Global Supply Chain & Logistics Summit, the APICS International Conference and as a visiting lecturer at the University of Southern California’s Entrepreneurial Program. Anderson is the author of “Leverage Social Networks to Drive Business Results,” has published hundreds of articles and has been quoted in the media including The Wall Street Journal, ABC News and Industry Week.