Mixed Messages Is a Motivation Killer

Previous Next
Mixed Messages Is a Motivation Killer 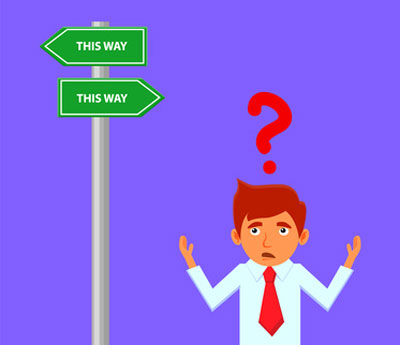 One of the worst work experiences is not knowing how to proceed. When supervisors give mixed messages morale takes a dip.

Mixed messages from leaders not only harm results but they also are a motivation killer! I’ve had several situations arise recently from a variety of clients and contacts related to the harm of mixed messages, and so I thought it appropriate to discuss. According to my Skills Gap research, 77% of manufacturers and distributors are having trouble finding the required skills to support their business. Thus, the last thing we can afford is to make that situation worse by de-motivating our stars with mixed messages!

For example, a superstar performer at one of my clients received recognition last month for her exemplary work. This month, she was called out in a meeting for doing something that didn’t seem to align with “standard work”.  The interesting thing is that what she is doing is an IMPROVED process. Talk about confusing and de-motivating to be called out for doing something ‘good’ (although viewed as bad) while the majority in the meeting are not achieving the baseline goal yet were not called out! As odd as this seems, I find that it is not uncommon.

As leaders, we must take time to think about how our messages are perceived. If we want to thrive, we need the FULL motivation and focus of our employees, especially are star players. Thus, we must ensure we “do what we say” and “say what we do”. We also need to think through when and how we bring up poor performance. In my example, there was no poor performance; however, if there were, it is not effective to bring it up in a meeting full of the employee’s peers. I’ve found that it is quite possible to turn poor performance into high performance with constructive feedback and mentoring.

Additionally, if we do not address poor performance, it is the largest de-motivator to star employees. Although more comfortable for the leader (as you don’t have to have the hard conversations), it is one of the best ways to lose top performers. They will go where they are appreciated. Although the lack of money is a de-motivator, money alone is not a motivator. The vast majority of employees are motivated by contributing to the company’s success and by being valued for their work. Think long and hard before chasing away your top performers!