Previous Next
Why Railroads Matterx

There has been a lot of conversation about railroads lately. Why should we be concerned about keeping the railroads moving? 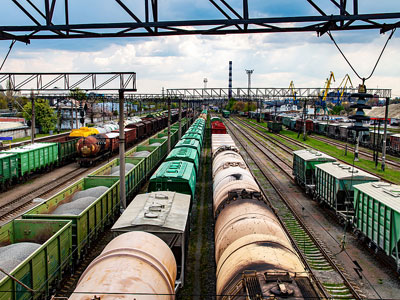 A strike would have been economically devastating, and so Congress passed legislation requiring the railroad workers to live by a tentative agreement that the union leaders worked out with the railroad companies. 4 unions had rejected the deal because of the lack of sick days and flexibility; however, the law will now require employees to work. A rail strike was averted, but will there by lasting implications?

Rail is the current bottleneck in the supply chain. The railroads have been reducing the number of employees over the last several years as they have become more efficient. CSX implemented an improved process called Precision Scheduled Railroading in 2017, and most railroads have followed their lead or implemented other changes that have led to reduced costs. Since this timeframe, 22% of the jobs at Union Pacific, CSX, and Norfolk Southern have been reduced.

Precision Scheduled Railroading is in essence a lean scheduling system for the railroads. Instead of waiting for full trains (ideally with the same type of product in all cars), the system focuses on moving cars. It is a first-in, first-out model that keeps rail cars – and supply chains – moving. Also instead of waiting on long runs (long trains), rail cars will be picked up as scheduled, thus improving service. Similar to JIT (just-in-time), companies took JIT literally (even though that isn’t the true intention of JIT), Precision Scheduled Railroading makes sense to improve efficiencies and service, but the staff reductions don’t have to be in full alignment with the improvements.

Then, as the pandemic started, similar to most businesses, the railroads furloughed workers. However, as spikes in demand occurred as business increased, it hasn’t been as easy to get workers back. Also, because of the nature of the business, the railroads must run 24/7. Thus, the conflict with sick time and flexible time.

Thus, rail is the current bottleneck.

The Congress deal provides 24% pay increases over five years, immediate payouts averaging $11,000 upon ratification, and an extra paid day off. It will certainly contribute to inflation. On the other hand, once the workers get the payout, will they stay? There are some concerns over a worsening situation. Of course, as compared to the railroad strike scenario, it was a tradeoff Congress chose to take.

Unfortunately, the railways are having the same issues as everyone else in hiring workers to fill key roles. Undoubtedly, the railroads will work through the bottlenecks eventually as they realize the service complaints are getting louder and louder. However, since the supply chain is a system of systems, the bottleneck will move to the next link in the supply chain. Are you preparing for the current issue or thinking ahead?

Also, since the unions gained headway, the question is whether this issue will impact other unions such as the port labor negotiations. Concerning times…..

The only path forward to take control over your success is to take control over your supply chain. Know your partners, choose wisely, insource where it makes sense, think ahead, innovate, and be the disruptor instead of the disrupted.
Please keep us in the loop of your situation and how we can help your organization thrive during these times of volatility and disruption. There will be more winners created than at any other time than since emerging from the Great Depression. To gain additional ideas and insights on how to best navigate these volatile times and thrive, read our new eBook Thriving in 2022. Learning from Supply Chain Chaos. Download your complimentary copy.